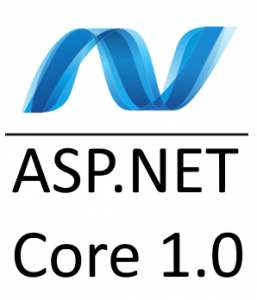 Yesterday it was announced on the ASP.NET Community Standup by Damian Edwards and on Scott Hanselman’s blog that Microsoft has decided to rename ASP.NET 5 (also formerly known as ASP.NET vNext) to ASP.NET Core 1.0.

As many in the community, I view this rename prior to the RTM as a good thing.  ASP.NET 5 was a very confusing name as it is a completely new version of ASP.NET.  I welcome the reset to 1.0 as it gives a better description that this is indeed a rewrite and ground up work. Also, frameworks such as Entity Framework had also had an identity crisis as they also were just incrementing the major version number, even though they are completely new as well.  Because of this, Entity Framwork 7 is now being renamed to Entity Framework Core 1.0

I’m still unsure about how I feel about adding the word “Core” to the framework name.  My main concerns are:

This is a rewrite.  As Steve Smith blogged with the history and meaning behind ASP and ASP.NET, it may not seem valid anymore to call it Active Server Pages. I do think the perception of Microsoft and it’s association to .NET is changing (for the better?) to developers not currently using .NET.  However, I do believe there is a stigma associated ASP.NET in these other communities. I’m all about welcoming more developers, junior and seasoned, to the .NET ecosystem.  I would think ditching the ASP.NET name altogether might of helped in that direction more. I am also aware of how much effort has been put into the ASP.NET brand, and you aren’t going to just throw that away, even if it may not have the best perception.

I’m happy with this decision.  Would I of preferred “Some Short Googleable Name” 1.0? I think so.  But ASP.NET Core 1.0 is much better than ASP.NET 5. I do think there will still be some lingering confusion since the name ASP.NET 5 has been living for a bit, but with due time it will be water under the bridge.